All of Us Virtual Choir Project

Choirs and singers from all over the world lent their voices to the largest All of Us choir to date in a joint project between Conspirare and the University at Albany. The group is comprised of choirs who have sung this work from Considering Matthew Shepard alongside Conspirare singers in concert, with their own high school and university choirs, and those who were simply moved to share their voice during this time. Click here for an interactive map of participating choirs.

Conspirare Artistic Director, Craig Hella Johnson, welcomes the Virtual All of Us Choir:

Librettist Michael Dennis Browne reflects on “All of Us” lyrics: 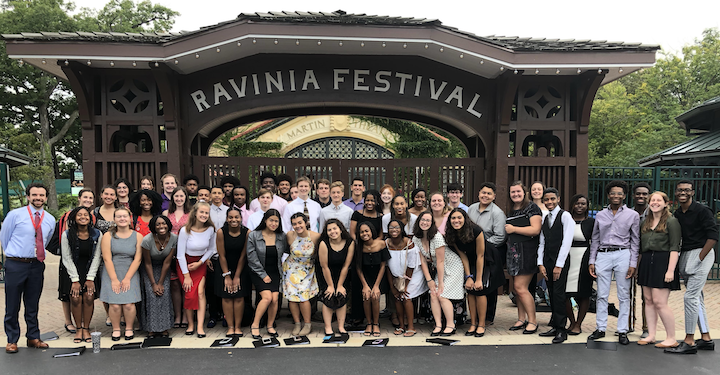 All of Us Choir, Ravinia Festival performance of Considering Matthew Shepard, 2019

~With special thanks to Mike Pfitzer, Elliott Forrest, Brad Michel, and the Conspirare Singers~

Directors and singers who participated are invited to sign up for the newsletter below to receive updates and announcements.

Over 35 choirs from around the world are lending their voices to this project! Traverse the interactive map below to learn more about the participating choirs.

This site uses Akismet to reduce spam. Learn how your comment data is processed.