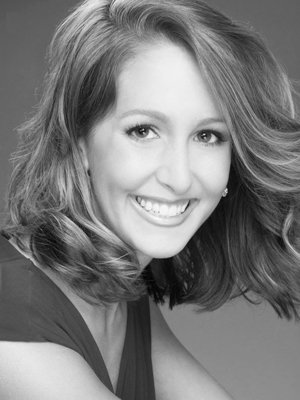 Praised for her vocal agility and clear tone, Minneapolis based soprano, Anna Christofaro, is gaining recognition as an interpreter of a wide range of repertoire from early to contemporary music. Highlights include performing at the Olavfestagene Festival in Trondheim, Norway with Conspirare, and under the baton of Bach-scholars, Helmuth Rilling and Hans-Christoph Rademann, at the Weimar Bach Academy and the Internationale Bachakademie Stuttgart in Germany. She also sang on the 2018 GRAMMY nominated album, Tyberg Masses, with the South Dakota Chorale.

Recent solo appearances include Fauré’s Requiem with the Minnesota Chorale and Handel’s Messiah in Minneapolis. She was also featured on the Lakeville Concert Artist Series of music by Minnesota composer, Steve Heitzeg. Other solo appearances include Vivaldi’s Gloria with Consortium Carissimi, Handel’s Ulrecht Te Deum, Benjamin Britten’s Rejoice in the Lamb, Monteverdi’s Vespers of 1610 and Mozart’s Regina Coeli. Also experienced in opera, Anna performed the role of First Lady in Mozart’s Die Zauberflöte at the Amalfi Coast Music and Arts Festival, Maguellone in Viardot’s Cendrillon, Serpina in Pergolesi’s La Serva Perdona, Zerlina in Don Giovanni and Gianetta in The Gondoliers. This season she will perform as the soprano soloist in St. John’s Passion with the Bach Society of Minnesota and the Oratory Bach Ensemble.