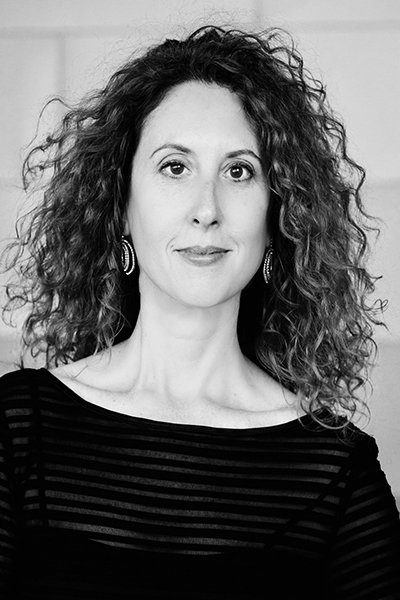 An innovative presence in the classical music field, pianist Carla McElhaney is highly regarded as a dynamic performing artist and a creative arts entrepreneur. She is the pianist, co-founder, and Executive/Artistic Director of Austin’s innovative chamber music and arts collective, Revel (www.revelatx.org), now in its tenth season. McElhaney is also a founding member of the Zenith Quintet, a collaboration with saxophone greats Rami El-Farrah, Sunil Gadgil, Spencer Nielsen and Michael Hertel of the Bel Cuore Quartet. Her playing has been recognized by the Austin Critics’ Table with multiple nominations for performance awards in the “Best Instrumentalist” and “Best Chamber Music Performance” categories, praised by the Austin-American Statesman as exhibiting “infectious enthusiasm,” and commended by the Austin Chronicle as delivering “an exciting mix of focus and passion.”

McElhaney’s passion for music became evident early. She gave her first public recital at the age of 3, began intensive study with pedagogue and concert artist James Gary Wolf at age 6, and debuted with the Brevard Symphony Orchestra in Florida at age 9. She was a top prize-winner in numerous competitions throughout her youth, winning first prize in the Music Scholarship Association National Piano Competition, where she was honored with the award for “Most Outstanding Performance” given by esteemed concert artist Gina Bachauer. McElhaney also garnered top prizes at a second American Music Scholarship competition, the Mozart International Piano Festival in Pueblo, Colorado, and multiple Music Teachers National Association competitions.

McElhaney went on to earn performance degrees at the Eastman School of Music and The University of Texas at Austin, where she was a two-time winner of the Sidney M. Wright Endowed Presidential Scholarship Competition for Excellence in Piano Accompanying. She served on the UT piano faculty for a year after completing her Doctor of Musical Arts degree there. McElhaney went on to a garner a tenured faculty post at Baldwin-Wallace Conservatory in Ohio before returning to Austin to co-create Revel.

McElhaney is energized by creative partnerships, as demonstrated by her active performing schedule and ongoing collaborations with many of Austin’s favorite musicians. She has been a featured guest artist with a growing number of ensembles and arts organizations, including Cleveland’s RED, the Albuquerque Chamber Soloists, the Mid-Texas Symphony, NYC-based F.R.E.D. Chamber Players, the Southwest Washington Symphony, the American Repertory Ensemble, Chorus Austin, the Austin Chamber Music Center, the Austin Saxophone Ensemble, Albuquerque’s Chatter, the Blanco Performing Arts Series, the Krotona Institute in Ojai, and the Credomatic Music Festival in Costa Rica.

McElhaney lives in Round Rock with her husband Bryan, their two teenage children, Katie and Miles, and their spirited and loveable dogs, Chelsea and BoJack. She currently serves on the music faculty at Texas Lutheran University in Seguin, and you can hear her nightly on Austin’s treasured radio station, KMFA Classical 89.5, as the host of Night Music.