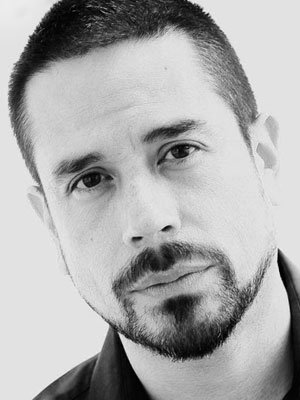 David Farwig has been hailed as a lyric baritone with a unique and beautiful sound, unsurpassed clarity, flexibility, and deep expressivity. Whether in oratorio or recital, he is at home bringing a full range of styles to the stage. As a professional solo and choral artist, he has performed with numerous companies throughout the United States and Europe, including United States Air Force Singing Sergeants, the Carmel, Oregon and Victoria Bach Festivals, Santa Fe Opera, Baroque Chamber Orchestra of Colorado, Santa Fe Desert Chorale, Choral Arts Seattle, Santa Fe Symphony, Seraphic Fire, and True Concord Voices & Orchestra.

David was nominated for the Austin Critics Table Award for his solo work in Robert Kyr’s A Time for Life. He won the same award in 2011 and 2012 for his performances in Kyr’s stirring cantata Songs of the Soul and Kyr’s critically acclaimed chamber version of Samuel Barber’s The Lovers, recorded for Harmonia Mundi with the Grammy-winning professional ensemble Conspirare. David’s most recently acclaimed solo work can be heard on Conspirare’s CD Robert Kyr: Songs of the Soul / Cloud of Unknowing, voted as one of NPR’s top new recordings of 2014.

In 2014, David completed his Doctor of Musical Arts degree in choral conducting from the Conservatory of Music and Dance at the University of Missouri in Kansas City. He is now based in Denver, Colorado, where he is the director of The Alpine Chorale, one of the area’s premiere community choirs. David is also the Director of Adult Choirs at Park Hill United Methodist Church and, although he continues to enjoy a vibrant freelance career as a professional vocalist around the country, he keeps active locally as a singer, choral clinician and guest conductor. When home, he enjoys spending time with his husband Greg and their two labs, Roscoe & Rufus.