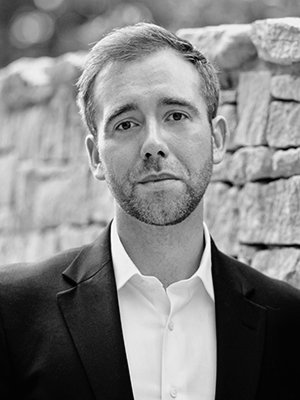 With a voice praised for its “dark-hued splendor” (San Francisco Gate), baritone David Rugger enjoys a blossoming career in oratorio, early music, and ensemble singing. Equally at home as an ensemble musician and as a soloist, Dr. Rugger’s repertoire encompasses music written from the Renaissance through to the present day, though he is especially regarded for his interpretation of J.S. Bach.

Highlights for the 2019-2020 season include debuts with the Bach Society of St. Louis, the Vocal Arts Ensemble (Cincinnati), Conspirare, Bourbon Baroque, and Seraphic Fire. He will sing again with Bach Society of Dayton, Bach Akademie Charlotte, and on several Bach cantata series.

Dr. Rugger is an alum of the American Bach Soloists Academy and was a Virginia Best Adams Fellow at the Carmel Bach Festival. He has performed under the batons of Dana Marsh, Scott Allen Jarrett, Paul Goodwin, Jeffrey Thomas, Eric Stark, A. Dennis Sparger, Philip Cave, Michael Beattie, and John Butt.

A scholar as well as a performer, Dr. Rugger earned his PhD in musicology from Indiana University, where he also studied voice and was active in the Historical Performance Institute. His voice teachers and coaches included Robert Harrison, Steven Rickards, Patricia Stiles, and Davis Hart. In his scholarship, David explores the relationship between vocal sound, the body, and identity in the long twentieth century, especially in England and America. He currently teaches at the University of Indianapolis and Butler University.