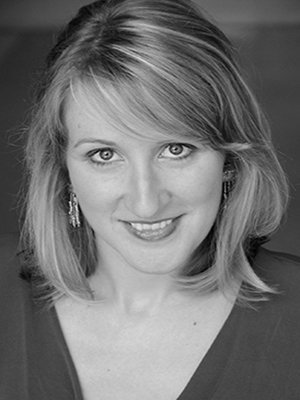 Cincinnati based mezzo-soprano Ellen Graham is a versatile singer who has garnered recognition for performances that are “stirring” and “beautifully sung.” She performs regularly in Cincinnati with Collegium Cincinnati, convert:nova, and Queen City Opera. She is a member of the Vocal Arts Ensemble under the direction of Craig Hella Johnson and is featured as a soloist on their newly released recording of composer Kile Smith’s Canticle. Upcoming performances include the role of Dryad in Cincinnati Opera’s production of Ariadne auf Naxos and a program of new music for trio voices with Cincinnati Soundbox.

Ellen has performed and recorded with the Cincinnati Pops under the baton of John Morris Russell and has appeared as a soloist with The May Festival under Robert Porco, as well as many regional orchestras including the Evansville Philharmonic, the Cincinnati Chamber Orchestra, the Central Ohio Symphony, and the Clermont Philharmonic Orchestra. In addition, Ellen has performed in inaugural productions with Undercroft Opera in Pittsburgh and Vital Opera in NYC.

Equally at home on the musical theater stage, she has performed in regional theaters including Pittsburgh Public Theater and the College Light Opera Company and has portrayed such roles as Ruth (The Pirates of Penzance), Madame Giry (Phantom of the Opera), Sheila (A Chorus Line) and Katisha in The Mikado. She can be heard singing the role of Orlofsky in the 2010 Albany Records recording of Die Fledermaus.

Ellen is the Director of Vocal Studies at Xavier University and Adjunct Instructor of Voice at the University of Cincinnati College-Conservatory of Music in the Commercial Music Production Program. She holds degrees from Carnegie Mellon University, Miami University and a doctorate from the University of Kentucky. Her research in voice science and vocal health was published in Medical Problems of Performing Artists in 2016.