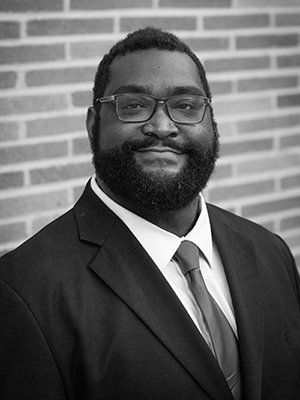 Ernest Harrison, tenor, is a graduate of the University of Missouri where he received his Master’s degree in Choral Conducting.  He received his Bachelor’s degree in Music Vocal Performance from Auburn University in 2014 and studied with world-renowned composer Dr. Rosephanye Powell and world-renowned choral conductor William Powell.  Mr. Harrison, also a graduate of Tuskegee University with a Bachelor’s degree in English Liberal Arts, studied voice with Dr. Wayne Barr, Head of Choral Activities. Ernest has completed his course work and is currently working on his dissertation for the Doctoral degree in Choral Music at the University of Southern under the tutelage of former ACDA national president, Dr. Jo-Michael Scheibe.

While at Auburn, he performed many leading roles and was a soloist in several opera productions and oratorio performances.  At the University of Missouri, he conducted, composed, and arranged for the jazz vocal a cappella ensemble “Hitt Street Harmony” and studied conducting under Dr. R. Paul Crabb.  In the fall of 2019, Ernest was announced as the new music director of the Gay Men’s Chorus of Los Angeles.  Ernest is also the associate conductor for the National Children’s Chorus Concerto ensemble, Conductor for the Pasadena Conservatory of Music’s Chamber choir Cantare, assistant conductor at Beverly Hills Presbyterian Church, adjunct professor at Pepperdine University, and in 2019, he became a member of the international choral ensemble Conspirare.  Ernest is an up and coming choral clinician and he has lectured on music of the African diaspora, the power of the protest song, the relationship between music and social justice, choral and vocal pedagogy, and choral techniques at several universities across the country.