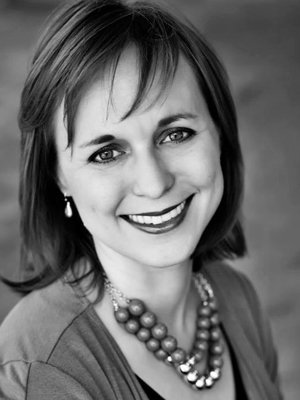 Described as a “stunning” pianist who plays “with grace and beauty,” Faith DeBow is sought after for both her collaborative and solo playing. She enjoys a vibrant career based in the Central Texas region. Ms. DeBow has worked with artists such as Denyce Graves and Renée Fleming; conductors Peter Bay, Anton Coppola, Craig Hella Johnson, and Sebastian Lang-Lessing; and composers including Jake Heggie, Libby Larsen, Michael Schelle, and Eric Whitacre. Her performances have been broadcast on PBS, NPR’s Performance Today, Georgia Public Radio, KPAC San Antonio, KMFA Austin, and Victoria Public Radio. In ­­2005, she played for the astronauts in the International Space Station via video.

Ms. DeBow is a faculty member at Texas State University, where she teaches class piano and accompanying and plays frequent recitals. She has been the regular pianist for Conspirare since 2005, and also serves on the leadership team of the Victoria (TX) Bach Festival as the Young Artist Coordinator.

Ms. DeBow has performed in over a dozen U.S. states and eight countries. She has worked on the accompanying staffs of Interlochen Arts Camp and the Quartet Program at Bucknell.  She has performed solo concerts at the National Conservatory of Panama and for the U.S. ambassador to Panama. In November 2012, she toured France with Conspirare, where the group gave six invited performances at the Polyfollia Festival and one concert in Paris. In 2010, she traveled to Reykjavik to collaborate with Tim Buzbee, principal tuba of the Iceland Symphony Orchestra. DeBow and Buzbee gave a recital at the Hallgrimskirkja national cathedral. Other recent international performances include the Copenhagen 8th World Symposium on Choral Music with Conspirare (2008) and a tour of England and Wales with the Hill Country Youth Choir (2007).

Ms. DeBow holds a master’s degree in accompanying and chamber music from the Eastman School of Music, where she studied with Jean Barr and was the first awardee of the Brooks Smith Fellowship.  She earned her bachelor’s degree in piano performance from Butler University, where her teachers were Steven Roberson, Panayis Lyras and Catherine Bringerud. She has been coached in masterclasses by artists Malcolm Bilson, Nelita True, Maurice Hinson, Fernando Laires, and Santiago Rodriguez. During her time at Butler, where she was also a Division I competitive swimmer, she won the concerto competition and performed the Ravel Concerto in G major with the Butler Symphony Orchestra.

Ms. DeBow is also a singer and plays the organ and harpsichord. She enjoys performing new music and has worked with many composers. She recently commissioned and premiered Brilliant Sky, a solo piano work by Colin Sorgi.

Ms. DeBow was honored in the 2010 edition of Who’s Who in America, and the 2007 Who’s Who Among American Teachers and Educators. Ms. DeBow appeared in Conspirare’s one-hour television special for PBS that was broadcast nationally in March 2009; the audio CD of that concert was nominated for a Grammy® Award for “Best Classical Crossover Album.” She has also recorded for Harmonia Mundi with Conspirare (Samuel Barber: An American Romantic) and for Albany Records with tuba player Tim Buzbee (Angels and Demons).