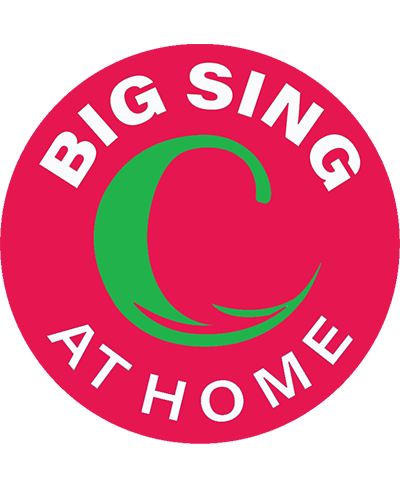 Experience the joy of singing together with Conspirare’s next Big Sing at Home, where the audience is the choir. Awaken your senses and feel inspired as we come together from our homes. For this special “Holiday Sing at Home” version, Conspirare Symphonic Choir will continue to serve as hosts and we also welcome singers from our national roster, guitarist Mitch Watkins, and percussionist Thomas Burritt. Craig leads the singing from the piano and with a mix of cherished holiday favorites, pop songs, and the Hallelujah Chorus. Lyrics will be on-screen and you can converse in real-time with the artists in the chat feature.

The link above will open 10 minutes prior to show time to allow users to adjust their viewing experience.

Singers of all experience levels are welcome and no singing experience is required. Following the premiere, the Holiday Big Sing at Home will stream through January 6. Any last-minute updates will be posted here on our Facebook.

This project is supported in part by the Cultural Arts Division of the City of Austin Economic Development Department, Texas Commission on the Arts, and National Endowment for the Arts. 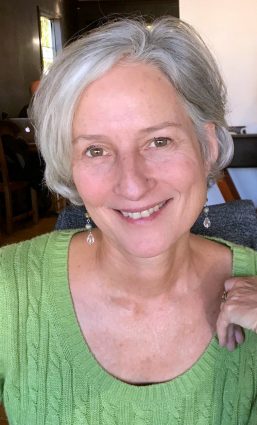 I feel so lucky to be a Conspirare Ambassador!  My first volunteer experience was at the Christmas Concert of 2018. The beauty and depth of the music and the performances were astounding, visually rich, and heart-filling. Of course, I was aware of Conspirare before becoming an Ambassador I had heard and read wonderful things, including an interview with Craig Hella Johnson on the Bridge Radio Program.  I was inspired and touched by Craig’s interview in part due to his description of a piece of his own life journey and by his emotional and spiritual groundedness.  Afterward, I realized how drawn I felt to becoming a part of Conspirare, if only as an audience member.

Fast forward a few years to being an empty nester after raising two wonderful children who were now in college or launching their own adult lives.  I was looking for a volunteer opportunity in the cultural realm.  As I was leaving Betty and Sala restaurant one evening after a delicious dinner with a friend, I noticed an outdoor event on the patio.  My curiosity led me to the greeting table where Kathy and Jamie Leighton sat.  They described the event as the annual Conspirare Ambassador Appreciation reception, and of course, I was gleefully and very quickly recruited!

I’ve worked at the University of Texas at Austin Steve Hicks School of Social Work for over 20 years focusing on recovery from substance use and mental health disorders and issues related to cultural/racial health equity.  As a social worker, I love to hear people’s stories and especially about the events and experiences that have shaped their lives, both the positive and the challenging. Though I have not had formal musical training since I was very young, the music and singing of Conspirare touches me in a way that I find hard to describe.  I am a dancer and took ballet lessons for many years.  Dancing still engages my full body, senses and emotions, and that is what I experience while listening and watching a Conspirare performance.  Connecting with Conspirare has been such a true and real gift!  I feel so much gratitude for this opportunity and I look forward to the return of in-person concerts and to volunteering for the indefinite future. 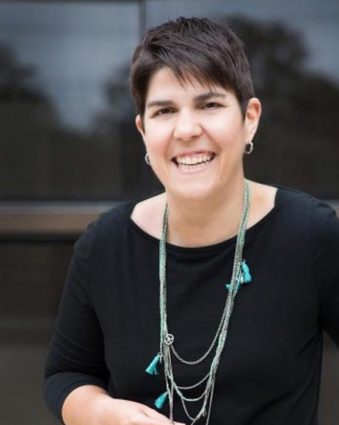 “Ever since I came out of the womb, I’ve connected with music,” says Andrea Pobanz. As a member of the Hella Circle, Andrea is “playing” forward her lifelong love of music. Hella Circle is a community of Conspirare supporters who commit to giving monthly because they believe in the transformative power of music. Monthly giving is a sustaining source of revenue, keeping Conspirare’s song strong.

Growing up in rural New Mexico, Andrea recalls on Sunday mornings her parents put on their old records and turned it up! The Rolling Stones, the Bee Gees, and the Mamas and the Papas—favorites of her parents’ generation.

Andrea’s mother played piano and at a young age, Andrea begged to learn. “I’d pick out songs from the radio, like Hank Williams—what my dad listened to.” Her mother taught her to read music and in school, she joined the choir.

Andrea thought she’d become an English teacher, enjoying music on the side. “But my high school choir director inspired me to take another path,” Andrea recalls. She studied piano and organ performance in college and continued on to earn master’s and doctorate degrees in choral conducting.

Not long after Andrea moved to Austin in 2008 she auditioned for Conspirare’s Symphonic Choir. “Conspirare is like a family to me,” Andrea says.

Andrea is proud to be a member of the Hella Circle, Conspirare’s monthly giving group. “I know that music doesn’t just ‘happen.’ I want to give back what I receive as a performer and audience member,” Andrea says. “I know any amount I give will be used to benefit Conspirare audiences, technical staff that makes us look and sound great, and everyone else who keeps Conspirare’s song going.”

Andrea works as music director at St. Austin Catholic Church. During COVID-19 restrictions, she feels the sense of loss of not having a choir experience—both as a conductor and as a performer.

“The last time my choir of 30 volunteers sang together was March 17th,” Andrea recalls wistfully. Yet, she makes sure the group gets together regularly via Zoom to check-in, enjoy warm friendships and even play ‘name that tune.’” She hopes to start directing a quartet soon through Google Classroom.

It’s been five months since she’s been together with her Conspirare choir too. “Yet, I don’t feel disconnected from Conspirare,” she says. Through Zoom meetings and Facebook, she keeps in touch with friends. “It’s different, of course,” she says, “but it’s still close.” When Facebook provides “memories” of past performances like the Bernstein MASS or Carmina Burana, Andrea and her friends shout out: “Miss my alto sisters!” and “Can’t wait to sing together again!”

Andrea remains hopeful. On Sundays, she plays the organ at the church—with parishioners joining virtually or in-person with limited distanced seating. She often practices the piano at home—but only as long as her dog Dolly can stand it. When Dolly, a Shih Tzu, gets out her squeaky toy, practice is over.

True to her roots, Andrea enjoys a wide variety of music that inspires and sustains her. One of the Spotify playlists she returns to again and again is the one Conspirare choir members created of songs that are nourishing them now. 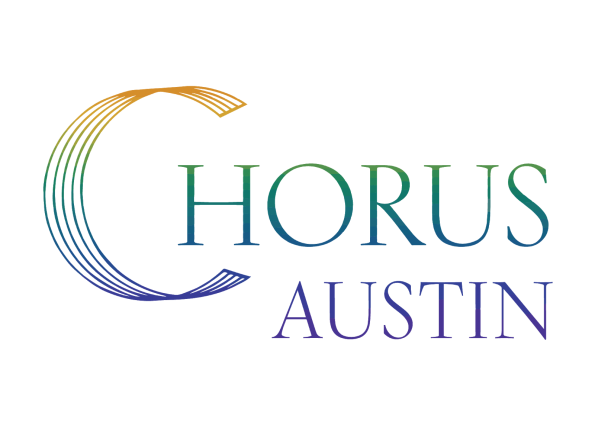