A Conversation with Kile Smith, composer of April Showers

Conspirare asked Kile Smith to share more about April Showers, a new work for vocal quartet that will premiere on June 11 & 13 in Songs for Seasons, Conspirare’s season finale.  Kile Smith used the lyrics from five songs dating from from 1921 to 1924 with themes of solitude, loss, love, dreams, and hope and composed new music for April Showers. 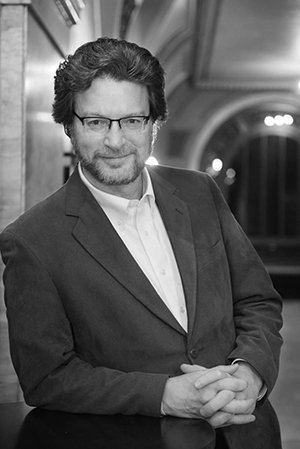 For April Showers, Smith composed brand-new music to popular songs from after the Spanish Flu epidemic and World War, telling of loss, loneliness, dreams, love, and hope, and Smith says, “they speak just as strongly now—in our physical and emotional separations—as they did then.”

Conspirare: You mentioned the music is all new. Are there are any particular musical influences that inspired you for this cycle (No need to make something up here..I know that is not necessarily something you tap into).

Kile Smith: I was definitely inspired by Tin Pan Alley, or The Great American Songbook, all those wonderful songwriters like Irving Berlin, Jerome Kern, Cole Porter, and so many others. So I looked on April Showers more as my take on popular song, rather than writing art songs, which of course is something I love to do. “All Alone” probably crosses the art song line more than the others, though. One thing many Tin Pan Alley songs do is to put the chorus in a different key from the verse, so I made use of that. It’s fun to come up with something that is unexpected, but that feels natural.

Conspirare:  In writing for a solo quartet rather than a choir, did that inform your composition style and if so, how?

Kile Smith:  First, it tended to make the writing tighter. People write way, way too much divisi for choirs to begin with—I’ve been guilty of this, too. Of course I only divide voices when it’s absolutely necessary—ha!—but let’s be honest, there’s a lot of divisi out there because the composer just couldn’t decide what note to use. So you use a bunch of them, and double them, and triple them, and then you have these ungainly clouds of chords lapping over each other. As much as I love big, stacked verticalities washing over each other, that gets old very quickly. Plus you lose the beauty of vocal lines. And the line is everything. So, having just four voices concentrates the mind wonderfully, as Samuel Johnson said about the hangman’s noose. It makes you decide. Also, you’re much more attuned to when the singers have to breathe. Choirs take catch-breaths or stagger their breathing all the time because it won’t be audible, but you can’t do that with a quartet. Finally, I decided from the start to write these as solos, not as quartets, per se. They’re predominantly solos—they all take turns—with backup singers. I’ve always wanted to be a backup singer.

Conspirare: Sometimes going to past art/music/writing can help us learn something new about similar present circumstances.  In your process of researching texts from 1918ish, did you have any insights or learnings that impacted your world view of today’s similar events?

Kile Smith: Probably it reified an instinct I already had. There’s a saying, “I’m sick and tired of being sick and tired,” and that’s how I felt about the pandemic. Not to take away from the reality of sickness and death—we all know people who’ve gotten sick, and some of us know personally or know of people who have died from this. But I’ve never despaired—feeling that I can’t write music because of this bad thing or that bad thing. I confronted it after 9/11, and every artist confronts this at some time, as there are horrors in every generation. Ongoing horrors. Everyone has to decide what to do, and as I mention in the notes, I looked at a lot of poetry from that time. Virtually all of it was not, how shall I say, happy. Part of that was World War I—it’s easy to forget how world-changing that conflagration was—and the Spanish Flu. Part of it was poetry in general at that time, and the death of optimism, when the struts holding up the false god of modernism were kicked away. But there’s much less of that in pop music, to say the least. You could call it escapism, and you’d get no argument from me. Much of it was fairly stupid, the “Yes, We Have No Bananas” silliness. But even that was kind of refreshing in a way, since every generation’s pop music has that. But down in there are some nuggets, that speak, in a pop, reduced, way, to real truth. I saw a picture of Irving Berlin’s manuscript for the lyrics to “All Alone,” how he kept writing, and crossing out, and writing, and crossing out again, boiling it down and down and down until he got to “All alone, by the telephone.” Then he had his song. That’s great pop writing. And if it worked then, I believe it can work now. Truth speaks to us, no matter where or when. But “All Alone” is the slow second movement of this symphony, you might say. I wanted the cycle to be affirming. We’re really missing our gang, we’re really alone, we really feel like prisoners, we really have our dreams—but we really do have hope, that April showers will bring May flowers. And that’s what I wanted this to be.

Conspirare: Is there anything else random or interesting about these songs that you want to share?

Kile Smith:  I always try to be efficient in my music; that is, I try to get rid of any note that doesn’t need to be there. But popular songwriting is insatiable in its efficiency, and so it was a major factor in this piece. Pop songs are always cutting to the chase. There’s little lollygagging, extending of phrases, ruminating. It was liberating to work this way, to get the essence of a phrase, to nail it down, and move on. But Schubert knew this, too. There’s repetition, but repetition plays a bigger role in classical music than people may think, so having that as a tool is always beneficial—like using the intro in the last song, “April Showers,” as the verbatim intro to the second verse. Finally, a grand model for me in this, and in other of my works that approach the line of pop, like the In This Blue Room cycle, is one of the great liberating classical works I know of, the Liebeslieder Waltzes of Brahms. What music that is. There are many other examples from Mozart, Beethoven, Grieg, many others—music that is seriously art music, but that isn’t in the least “serious.”