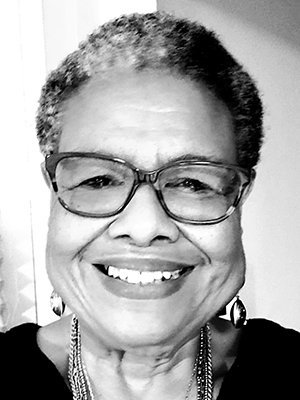 Melanie Punter joined the Florida State University College of Music faculty in Fall 1996; in July of 2019, she retired as Associate Professor of Double Bass. She is a graduate of the High School of Music and Art in New Tork, where she studied with Homer Mensch, and at the Manhattan School of Music, where she studied with Alvin Brehm. She has been a member of the Juilliard MAP faculty, where she coached chamber and bass ensembles and taught double bass.

She is a member of the Tallahassee Symphony Orchestra and served as principal bass from 1996-2019. A member of New York’s versatile Orchestra of St. Luke’s since 1979, she has worked under such conductors as Sir Roger Norrington, Sir Charles Mackerras, Sir Andre Previn, Donald Runnicles, Pablo Heras-Casado, and Bernard Labadie. As a free-lance musician, Ms. Punter has performed with many orchestras including The American Symphony Orchestra and the Opera Orchestra of New York at Radio City Music Hall. She appears frequently on PBS Live from Lincoln Center and has recorded on several labels including Centaur, Dorian, Telarc, Nonesuch, and Deutsche Grammophon.

Ms. Punter has performed in Japan and Europe and during the summers, she performs at the Caramoor Music Festival in Katonah, NY, and the Victoria Bach Festival in Victoria, TX where she first worked with Craig Hella Johnson and Conspirare. She is active in several chamber music groups and performs with the Atlanta Baroque Orchestra and the Tallahassee Bach Parley on period instruments. She has worked in the orchestras of many movies including those of Spike Lee and performed regularly on Broadway and with various ballet orchestras including Dance Theather of Harlem, Joffrey Ballet, the American Ballet Theater, and the Tallahassee Ballet.

Ms. Punter has served on the Trial Board of the American Federation of Musicians Local 802, on the Board of Directors of the Atlanta Baroque Orchestra and the Tallahassee Symphony Orchestra. Presently, she is on the Equity, Diversity, and Inclusivity Task Force of the Orchestra of St. Luke’s.