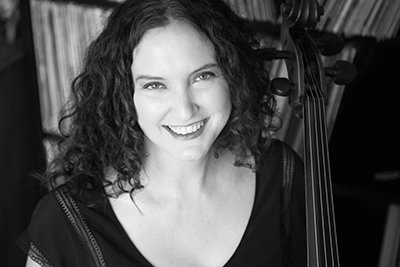 Cellist Sara Nelson is a native of Houston, Texas, where she graduated from the High School for the Performing and Visual Arts. She received her Bachelor of Cello Performance degree with Paul Olefsky at the University of Texas at Austin.

In 1997 she became a founding member of the Tosca String Quartet, which has garnered an international reputation by collaborating with renowned artists from a variety of genres, including David Byrne, Bob Schneider, the Dixie Chicks and Spoon. From 2001-2005 Sara and the Tosca Strings joined Mr. Byrne on two world tours and his album, Grown Backwards. A collaboration with local pianist/accordionist/composer Glover Gill led to Tosca’s fluency in Argentine tango, as well as concerts in Buenos Aires, California and Texas, and appearances in the movie and soundtrack of Waking Life.

Sara is currently a member of the Austin Symphony Orchestra, Austin Opera Orchestra, and the Montopolis Chamber Ensemble.