Our Work Echoes Out Beyond Performance

Conspirare is shaping choral education and performance across the country. We checked in with Craig Hella Johnson and three Conspirare vocalists to see how the ensemble is influencing choral music today.

Return to the Muse

In his role as Artist-in-Residence at Texas State University, Craig Hella Johnson is teaching at the Choral Conducting Symposium, a training intensive for professional and non-professional choristers, graduate students, music educators, church musicians, and conductors. One focus of the symposium is renewal and a return to the muse that calls us to make art. Craig provides skills to help participants re-focus from distraction to re-centering.

“Love the rehearsal process,” Laura Mercado-Wright tells her private voice students–which is the last thing most want to hear. She encourages her students to model themselves on instrumentalists who practice for hours daily. “Where’s our real work? Is it in the everyday moment?” Laura finds herself asking. “Can we be present to what we can discover right now?” The approach is transformational for her students. 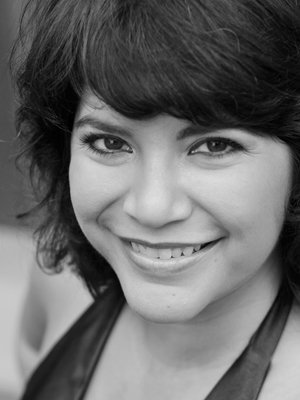 Laura learned to value rehearsal from Conspirare and that has transformed Laura’s approach to singing. “Craig creates a free zone,” Laura explains about Conspirare’s rehearsals, where mistakes are allowed and everyone is encouraged to experiment, take risks and go beyond their professional comfort zone. “With Conspirare, I can experiment, push, possibly fail, and get to a new level technically.” She attributes this sense of safety to the ensemble itself. “We’re holding each other up.” Then she returns to her students, aspiring soloists and opera singers themselves, and encourages them to explore technical and emotional vulnerability. She knows it’s scary, but it’s where artistic possibility lies.

When Cole Blume teaches choir to Oregon middle and high school students he feels countercultural. “I say, ‘What’s the story we’re telling in this song? And what’s your back story to sing this song?” and then he listens. Choir students are used to thinking about singing in terms of “right” and “wrong” and replicating what the teacher wants. “This opens them up. It’s completely different than ‘we’re here to get ready for a performance.’” 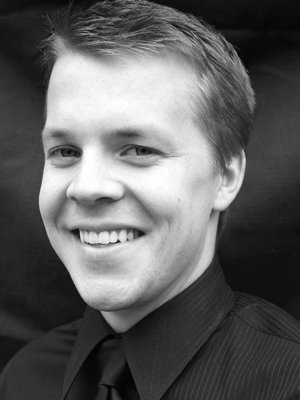 Cole also emulates Craig’s “collage” approach to creating a diverse program. “There is a time and a place for all voices and for all types of singing” Cole teaches his students. Finally, being a member of Conspirare has given Cole the courage and commitment to stand up for what’s right. “This year some of my middle schoolers were saying hurtful things about a classmate, accusing him of being gay. It was a teaching moment. I told them I am gay and that calling someone names isn’t just wrong and hurtful, but it reflects badly on them.” Part of Cole’s story is his love of long treks. Most recently he completed the Pacific Crest Trail, listening to Conspirare recordings along the way.

Be Curious and Vulnerable

“Conspirare has made me a better musician and a better person,” says Sarah Brauer who teaches undergraduates and private voice students. “Before Conspirare, I had gotten to work with wonderful musicians but they were not always wonderful people. Conspirare is a rare ensemble of open-hearted, well-rounded, fun, creative people.” Sarah has been part of developing “Considering Matthew Shepherd” since it was just a few songs Craig brought in to hear. Now she is excited to consult on a performance of the oratorio in South Carolina this fall.

“From Craig I’ve learned to approach music with curiosity, to be process-oriented, and more focused on discovery and living into the music.” She brings that viewpoint to her own teaching and to her consulting work. She recalls noting in her journal the different instructions Craig gave as a conductor. It was different from anything she’d ever heard before. “He talks about ‘how we might find our way into the music.’” That’s a philosophy of life she’s taken to heart.