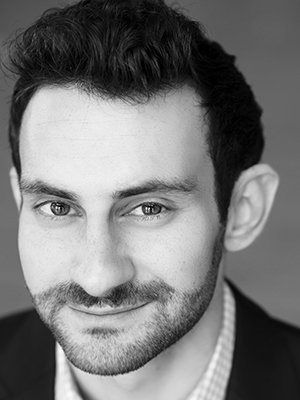 As a Fulbright scholar in Helsinki from 2015-16, Mr. Barrad toured southern Finland with his Musical Madeleine recital, and gave lectures and private lessons promoting contemporary American art song abroad.  His recent performances of Finnish and American music have brought him wide acclaim as a recitalist, headlining in venues including the Berlin Philharmonie, Helsinki’s Musiikkitalo, Cincinnati’s Music Hall, and Finland’s National Opera House, and his gift for creative recital programming led to a residency as Songfest’s very first Recital Fellow.  In January 2017, Mr. Barrad’s recital, Suomericana, premiered in Finland, where it was featured on Finnish television, and was hailed as “the best recital ever performed in Camerata hall” – the recital and chamber music hall at the prestigious Helsinki Music Centre.

Simon is also an avid lover and performer of jazz and new music.  He is a four-time Downbeat magazine national award winner for vocal jazz, and he has performed at the Monterey Jazz Festival, ADCA conventions across the country, and the Grammys as a member of the Grammy vocal jazz ensemble.  In the realm of new music, he has consistently championed new works, giving first performances of works by John Harbison, David Lang, and many others, as well as performing at the John Duffy Institute for New Opera under the direction of Libby Larsen.

Mr. Barrad holds a Master of Music degree from the University of Cincinnati’s College-Conservatory of Music where he studied with Kenneth Shaw.  He has collaborated with artists including Mitsuko Uchida, Leon Fleisher, Jonathan Biss, and Ignat Solzhenitsyn. Recent coaches include Malcolm Martineau, John Harbison, Dawn Upshaw, Alan Smith, Sanford Sylvan, Gustav Djupsjöbacka, and Kenneth Griffiths, and he has sung master classes with Martin Katz, Graham Johnson, Gerald Finlay, Margo Garrett, and Julius Drake. Mr. Barrad also holds a BM in Voice and a French Language minor from the Bob Cole Conservatory of Music at California State University, Long Beach, where he was inducted into the Phi Beta Kappa honor society. He has recently completed a word for word translation and IPA transcription of Tchaikovsky’s Iolanta and is currently working on Shostakovich’s Lady Macbeth of the Mtsensk District.