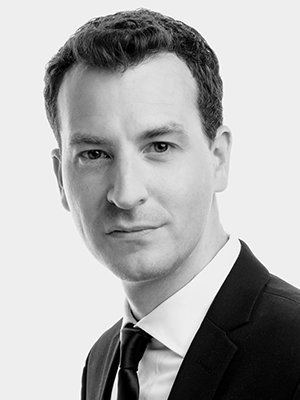 On the operatic stage, highlights include Anthony in Sweeney Todd and Dancaïro in Carmen with Eugene Opera; Jake Wallace in La fanciulla del West with Apotheosis Opera; Papageno in Die Zauberflöte at the Atlantic Music Festival; Count Almaviva in Le nozze di Figaro with Opera Notre Dame; Schaunard in La bohème, Falke in Die Fledermaus, and Morales in Carmen with Arbor Opera Theater; creating the role of Jaques in As You Like It by Roger Steptoe.

Lancaster was recorded in the west-coast premiere of John Musto’s Book of Uncommon Prayer as a Stern Fellow at SongFest and has premiered numerous works by American, Canadian, and British composers at the Atlantic Music Festival. He enjoys crossing the boundary between classical and popular music: he toured Taiwan with a collaborative recital program “Art Song vs. Broadway” and performs arias and popular songs on tour with the Notre Dame Concert Band.

Born and raised in Canada, Lancaster earned certificates in piano and voice from The Royal Conservatory of Music before moving to the United States. Winner of the National Association of Teachers of Singing Artist Awards (central region), he holds degrees from the University of Michigan (A.Mus.D.) and the University of Notre Dame (M.M.), where he currently serves as Associate Professor of the Practice and heads the graduate studio in voice.

Lancaster performs sacred music regularly in concert with his husband, organist Kevin Vaughn; their album, Sacred Song, for voice and organ was recently released on the Albany Records label. He also serves as Parish Organist and Choir Director at St. David of Wales Episcopal Church in Elkhart, Indiana. www.stephenlancaster.net