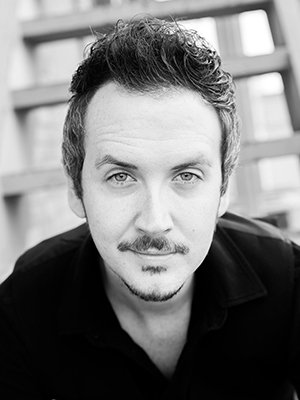 Todd Brennan, a native Houstonian, is performing in his first concert season with Conspirare. In his performing career as a tenor, he specializes in early solo and choral repertoire, and baroque oratorio. While at Texas State University he had the privilege of working with Dr. Craig Hella Johnson, Dr. Joey Martin, Dr. Samuel Mungo, Dr. Cynthia Gonzales and voice instructor Cheryl Parrish.

Brennan has been featured as a soloist with Texas State Chorale in Claudio Monteverdi’s Vespro della Beata Vergine or Vespers of 1610, J.S. Bach’s St. John Passion and recently, returning as a guest artist, in their performance of Dr. Craig Hella Johnson’s Considering Matthew Shepard. As a member of early music group Les Ancients, he has performed Robert Fayrfax’s Missa O Quam Glorifica and was a featured cantor in the groups premiere recording of Sebastián de Vivanco’s Magnificat a sexti toni. Brennan has also performed in operatic roles, including The Englishman in Ibert’s Angelique and The Witch in Humperdink’s Hansel and Gretel.

Brennan is an active member in the Central Texas choral scene. He is a section leader in Conspirare Symphonic Choir, a member of Les Ancients, and founder/chorister of Purgatory Creek Chorale; a grassroots choral ensemble based in San Marcos. He is also the founder of Southeast Texas Chorale, a community choral ensemble located in his hometown of Baytown.

Todd lives in New Braunfels where he works part time as an insurance representative/producer with Primerica and at The Root Cellar Café and Brewery in San Marcos. He looks forward to future performing opportunities throughout the Austin and San Antonio choral music scene.